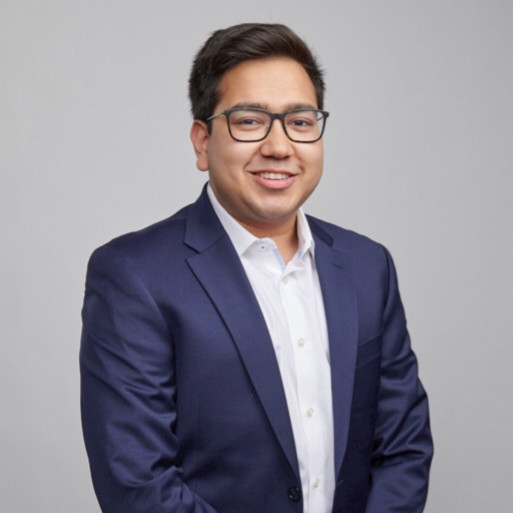 With support from The Magnuson Center, Ayan Agarwal is helping kids overcome their speech challenges, just as he did.

Last year, Ayan Agarwal returned from Hanover to his former elementary school in a Chicago suburb. He was there to work with kids who have speech impairments, using Blabl, an app he developed to help increase access to speech therapy, especially for marginalized students.

For Agarwal, 19, who had a speech impairment as a child, it was a powerful moment.

“I remember being a very enthusiastic child, but keeping quiet and being unable to express myself in the best way,” he said. “That feeling of being trapped and always being scared to talk or express myself in some of those most pivotal moments of my development is something that’s really stuck with me.”

Agarwal was lucky that his family was able to access speech therapy to help him communicate more confidently and effectively. However, his experience is not common. Data from the Centers for Disease Control and Prevention show that 1 in 12 children ages 3-17 have a speech impediment, but only 55 percent will receive any type of therapy. For underrepresented groups including females and students of color, the rate is even lower.

“It’s not only a huge problem in terms of communication, but a significant social problem,” Agarwal said.

Blabl aims to provide a fun, low-cost, and accessible solution. The app allows children, students and parents to do exercises that encourage speech development in a fun and low-pressure setting. For children in rural areas or without the financial means to meet with a speech pathologist charging $120 an hour, Blabl can help bridge the gap, Agarwal hopes.

When The Magnuson Center received funding from Amazon’s Alexa Innovation Fund last year, the bulk of the money was awarded to Blabl. Over the past nine months, Agarwal worked with a team at the Dartmouth Applied Learning and Innovation (DALI) lab to accelerate from concept to an app that was ready to launch in July (ed note: depending on when this is published, you’ll want to confirm with Ayan that the app has launched).

Agarwal, who is entering his junior year completing dual majors in computer science and economics, chose Dartmouth specifically because of its strong entrepreneurial culture and network. Before coming to Hanover he lead his high school’s applied learning for entrepreneurs program. During that time, he and his roommate at the boarding school developed an app, ParaMouse, that allowed people to use their smartphone as a wireless computer mouse. ParaMouse was acquired during Agarwal’s junior year of high school.

“It showed me a lot of the elements of entrepreneurship that most student entrepreneurs aren’t as exposed to,” he said.

Agarwal knew that ParaMouse was just his first entrepreneurial foray. By the time he arrived on campus he was starting Blabl and was awarded a Founder Grant during his freshman year. That provided valuable capital and also brought Agarwal into The Magnuson Center’s community. Through the center he has been able to connect with more experienced entrepreneurs and angel investors who gave him feedback on his business.

“Getting advice and getting access to some of these networks has been incredibly valuable,” Agarwal said.

This summer, Agarwal is overseeing the launch of the Blabl app. He anticipates that the next few months will be spent developing enhanced features and doing product testing with students in real-world settings. He is looking to connect with people in the speech pathology community who would be able to provide feedback on the app, and is considering participating in an accelerator to further strengthen the business side of the app.

Through it all, he is focused on staying connected to the original mission of the app.

“It is seeking to solve the social problem of speech pathology being inaccessible and incredibly expensive,” he said.

Watching students use the app and improve their skills drives home how vital that is.

“That kind of experience really makes all of it worth it and puts what we’re doing at Blabl in perspective,” Agarwal said. “I think the social aspect is incredibly important and drives my motivation with this project.”