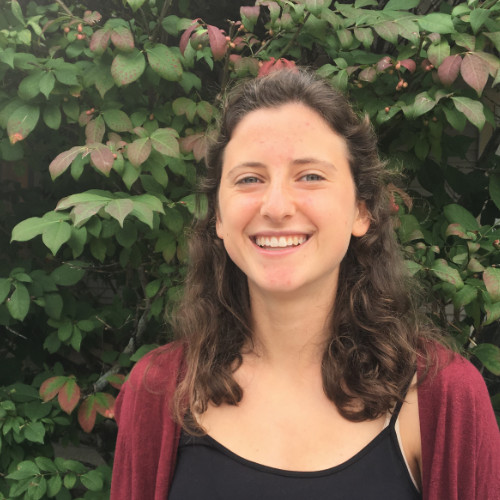 When Abby Ritterband secured a promising, but unpaid, internship, funding from The Magnuson Center allowed her to take advantage of the opportunity.

When Abby Ritterband had the opportunity to intern with the solar software company Sighten, she was excited about the opportunity to work at startup alongside Dartmouth alumni. However, there was a big barrier: the internship was unpaid, and Ritterband could not afford to spend 10 weeks in San Francisco without earning at least enough to cover her expenses.

“It would have been a really big bummer to try to take advantage of this opportunity and not be able to get paid,” Ritterband says.

The solution came in a grant through The Wily Initiative, offered by the Magnuson Center for Entrepreneurship. The grant program allows students up to $3,500 in funding to gain experience at technology-based startups. The funding gave Ritterband the means to secure housing and cover her expenses, so that she could focus on gaining the most from her internship at Sighten.

“A lot of companies, especially startups, are really great places to get experience, but can’t really pay somebody as much as they would need to be able to work there,” Ritterband says. She was thankful that The Wily Initiative was able to close that gap and allow her to advance her professional experience.

Ritterband is studying engineering sciences and electrical engineering. Although she was in her junior year at the time of her internship with Sighten, she had never connected with the Magnuson Center. However, she was grateful that the center and its resources were there when she needed them.

“That was a really great thing,” she says.

Although Ritterband doesn’t necessarily plan to work at a startup after graduation, she said that her experience at Sighten gave her skills that will benefit her in any job that she takes.

Working at a startup, Ritterband took on many roles and developed a broad skillset.

“At a smaller company like a startup you get to do more things,” she says. “You don’t have to specialize, like at a giant company, where all you get to do is one small part everyday. I hope that exposure will help me work at other companies where people need a broader amount of knowledge because I’m not being forced to specialize.”

Ritterband also enjoyed tapping into a network at Dartmouth alums who are active on the west coast.

“It was nice to get there and have people who — even though I didn’t know them — had things in common to talk about,” she says.

Ritterband’s experience at Sighten was so positive that she chose a startup for her summer internship as well, and is considering becoming more involved with entrepreneurship.

“I definitely like that environment: the amount of energy and everyone really caring about what they’re doing,” she says.