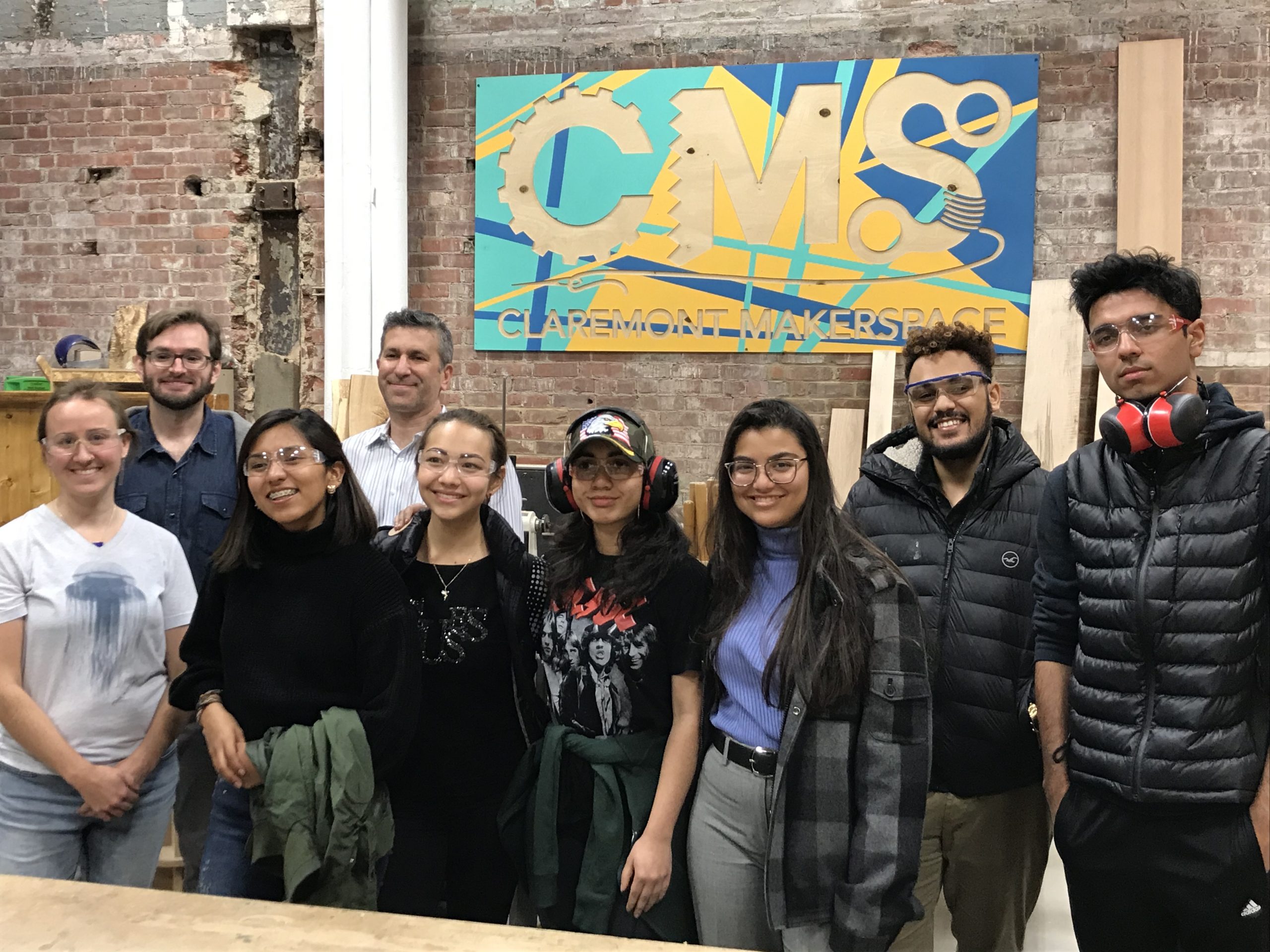 Students from the Magnuson Center’s Entrepreneurship Living Learning Community recently participated in a Mini Trek to the Claremont Makerspace, where they learned about social entrepreneurship and got hands-on experience creating rings and engravings.

The Makerspace was co-founded by Jeremy Katz, Class of ’95, a serial entrepreneur and angel investor who hopes to use the space to rejuvenate Claremont, a town that has had an economic downturn since its mills closed.

“The Claremont Makerspace is an 11,000 square foot facility dedicated to community revitalization through education in technology, trades and the arts,” said Katz, who is on the Magnuson Center Board of Advisors.

The Makerspace offers the community access to high-tech tools, studio space and classes at an affordable price, in order to inspire innovation and entrepreneurship. During the trek, students spoke to Katz and Brendan Dangelo, director of education and workforce at The Claremont Makerspace about investing in areas that have been hit by economic depression.

“It helped me reinforce my interest in social entrepreneurship and encouraged me to innovate places and societies that truly need that positive change,” said Zhanel Nugmanova, Class of ’23.

Nugmanova is working on a platform that connects high school students with college alumni who can help the students with their college applications. She said that visiting the Makerspace and talking with Katz helped her understand how best to move forward with an entrepreneurial endeavor designed for social change.

Devon Mattie, Class of ’20, appreciated how Katz and his team brought creative work outside its usual setting.

“I liked how Jeremy Katz came up with an idea of bringing creative work spaces to low income areas, because typically I have seen them in high income areas or sometimes available to employees of some corporations,” Mattie said.

Mattie, a Jamaican who grew up in the United States, said that bringing entrepreneurship into new settings can help everyone learn.

“It’s a space where someone can learn a whole new experience that they wouldn’t get anywhere else,” Mattie said.

After touring the Makerspace and discussing its future, the students had a chance to try their hand at using the tools the space brings to the community. One group of students made silver rings, while the other group made laser-engraved coasters.

“I loved making jewelry for the first time,” Nugmanova said. “It also made me happy to recognize that Jeremy gathered a truly passionate team of experiences masters that helped us to try something new.”

After the Trek, the group had dinner at Revolution Cantina, a Claremont favorite. There, Mattie, who is working on an endeavor involving video games, was able to talk to Katz about his early investments in Discord, a voice and text chat platform for gamers.

“It was just nice to talk to Jeremy,” Mattie said, and learn about his experience as an angel investor in game-related technologies.

Katz, who has been involved with the Dartmouth Entrepreneurship community since he started his first company in his fraternity bedroom in 1994, was happy to host the next generation of Dartmouth innovators.

“We hope that they came away with greater unity and understanding of how to interact with each other, as well as a broader understanding of the importance of trades, technology and the arts in the greater twin state community,” he said.