The Building Blocks of Pharmaceutical Innovation 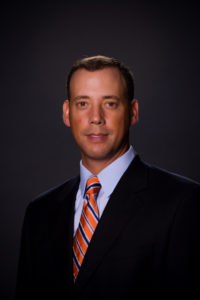 Glenn Micalizio is hoping to contribute to the future of biotech innovation, but not in the way you might suspect. Micalizio, an Investigator at the Norris Cotton Cancer Center and New Hampshire Professor of Chemistry at Dartmouth College, is creating new chemical reactions, with the goal of developing novel molecules that could one-day be used drug discovery for untold numbers of medical applications.

To understand why this is important it's helpful to know how pharmaceuticals work. Drugs are comprised of molecules that fit into certain biological spaces, like chemical receptors in the brain, for example. When the drug molecules have filled those spaces, they can affect how those molecular receptors function within the body.

Over time, scientists have realized that specific classes of molecules (think of these as distinct shapes) are more likely to be useful for drug development. In short, scientists use guidelines that help predict which types of molecules look like they could be used for drugs, and which don’t, in much the same way that you can tell which shapes are useful for building a house and which aren’t. Molecules that look a certain way are considered privileged, or potentially drug-like.

“There are areas of molecular space that are well-appreciated to be pharmaceutically privileged,” Micalizio explains.

In particular, a subset of tetracyclic molecules, which you know as steroids, are one such privileged class. There have been more than 140 FDA-approved drugs that are based on this type of molecular framework. As such, molecules with such a structure can be considered privileged in drug development, but the ability to investigate new molecular variants within this area of chemical space is quite limited.

This inhibits innovation. It would be similar to building a city, where each structure had to start with the same prefabricated house, Micalizio says.

Micalizio and his team have spent 17 years developing new chemical reactions that may enable molecular exploration in the context of drug discovery that is not readily accomplished with existing technology.  Within the past five years, he has established new chemical technology that opens pathways for drug discovery within well-appreciated pharmaceutically-privileged molecular space (achieving access to novel tetracyclic steroid-like molecules with new medically relevant properties).

“Molecules that have never existed, but can be appreciated to occupy regions of pharmaceutically privileged molecular space, we can now prepare from scratch with ease,” Micalizio says.

Those molecules have huge potential.

“It becomes obvious to some people who are in the know that this type of chemical technology could be placed at the center of drug-discovery campaigns within a biotechnology or pharmaceutical company,” he says. “It’s basically a chemical technology that provides molecules that are drug-like, and that have great potential to define new leads for the development of novel therapeutics.”

Micalizio doesn’t yet know the exact way that the processes and molecules will be utilized. However, he knows that the science is powerful.

“It’s like building a collection of tools that you know will be very valuable,” he says. “Valuable for what? It depends on what those tools can do.”

To help capitalize on his technology, Micalizio has been working closely with the Technology Transfer Office and the Magnuson Center for Entrepreneurship. Before joining the Dartmouth College faculty in 2013, Micalizio worked at Yale University and The Scripps Research Institute. He says that Dartmouth’s Technology Transfer Office and its partners at the Magnuson Center, which recently held an external advisory panel to provide industry feedback, have been the most responsive/passionate partners.

“The resources at Dartmouth have been most proactive in terms of trying to understand what this technology is all about, why we are so passionate about what we do and why it could be really valuable," he says. “They're willing to sit down and spend significant time to learn the science that you’re excited about.”

Micalizio has met with about a dozen venture capital firms to discuss how his science could be placed at the center of drug-development efforts at a pharmaceutical company. Each firm has a different idea about how best to apply the technology and which biological endpoints to pair the chemistry with to develop innovative drugs.

“It’s been very fun to sit down and speak to the scientists who are the leadership in these venture capital firms. They understand immediately the value of the technology,” Micalizio says.

“They've demonstrated not just an interest but a commitment to finding the right venture groups to partner with for particular technologies at the College,” he says. “It’s been surprising and really interesting to realize the amount of creativity and focus that the business folks put in to try to figure out what to do with your science. It turns out that different venture groups have very different perspectives.”