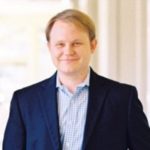 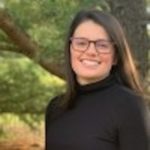 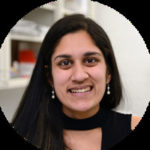 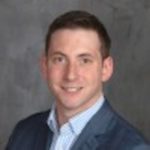 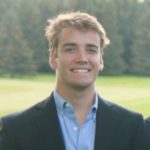 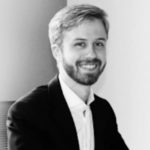 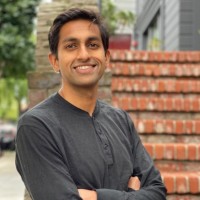 Six Dartmouth-affiliated startups presented their ideas to a panel of six judges and more than 70 audience members during the Dartmouth Entrepreneurs Forum Pitch Contest, hosted by Dartmouth Angels, a group aimed at bringing together Dartmouth investors and founders to strengthen the Dartmouth entrepreneurial community. Two pitch winners each received a $5,000 grant from the Magnuson Center for Entrepreneurship.

The winner of the competition was Vespr Solar, a company founded by Robert Sewell, who is completing his MBA at Tuck. Vespr is dedicated to transforming the last mile of solar installation. Most solar panels are installed with clamps and bolts, which are not secure and time-intensive to install.

The company, which was recognized as one of the top 10 innovators in solar by the U.S. Department of Energy, is preparing for its commercial launch in October. Next year, Sewell hopes to sell half a million units of the V-clamp.

The audience award went to Nanopath, a company started by Dartmouth PhD students Alison Burkland and Amogha Tadimety. The new technology allows for an entirely new diagnostic paradigm, allowing for rapid-results testing on-site in minutes. Burkland and Tadimety were working on the technology even before the pandemic, combining their scientific backgrounds to innovate a more rapid diagnostic test that eliminates nucleic acid amplification requirements.

Although the technology can be used to detect a variety of illnesses, it’s become critical now during the pandemic. The technology can also test for more than one illness with one sample, so that a person could be tested for COVID-19 and influenza, for example.

Bernfeld noted that all six startups had impressive pitches.

“The quality of the pitches today is overwhelming,” he said, telling audience members to “Join Dartmouth Angels. Work with these companies, invest in these companies.”

The other companies that presented were:

Karana
Co-founder Blair Crichton explained how Karana makes plant-based Asian comfort food that is minimally processed. Using jackfruit, the company creates a pork alternative, since pork is the most popular meat in Asia. The company aims to provide “health, taste and sustainability in every bite,” Crichton said.

CEO Suril Kantaria explained that Savvy is rethinking health insurance for a new economy of remote workers. The platform leverages a new government policy that allows employers to receive tax benefits for providing insurance stipends to workers, just as they would get for providing traditional insurance plans.

Early on in the pandemic, founder Kyle Trehub, Porter Grieve and Steve Whitmann recognized that tech-based contact tracing would never be widely adopted in the U.S. because of cultural norms, but it could be used at schools. Trace Innovations provides software-based contact tracing to educational institutes at an affordable price point.