Every Tool in the Toolbox 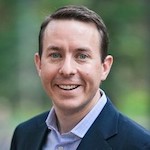 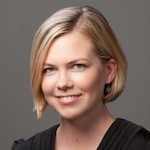 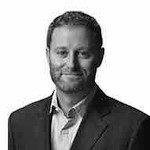 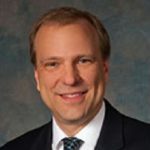 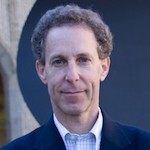 Even the most skilled entrepreneurs won’t be able to innovate a solution to climate change in time to make a meaningful difference, but through policy and regulatory changes entrepreneurs in the energy space can still make a difference for the future of the planet.

That was the message from Tuesday’s panel discussion titled "Every Tool In the Toolbox: Energy Technology, Policy and Finance to Save the Planet.” The panel was moderated by Dan Reicher '78 P’17,’22, senior research scholar at the Stanford Woods Institute for the Environment and member of the advisory board for The Arthur L. Irving Institute for Energy & Society at Dartmouth. He spoke with Tom Arnold ’98, CEO and co-founder of Gridium; Stina Brock D ’01, T’02, SVP of North America for Electron; Scott Jacobs ’99, CEO & co-founder of Generate; and Andrew McAllister ’87, commissioner of the California Energy Commission.

“We have all the technology we need, but we just need to get it out there,” Brack said. “It’s the regulatory and finance stuff that we really need to tackle.”

The panel discussed the importance of regulatory and policy chances in advancing renewable energy.

“If you can’t navigate and influence the regulatory space, you’re going to have a hard time getting your product where it needs to be,” Brock said.

Jacobs switched to the energy sector after spending his early career in technology innovation. He said he was naive at first, in thinking that a good product could solve the climate crisis.

The energy sector deals with long-term assets — cars and buildings that will be around for at least 2 decades. Because of that, changes need to be driven by policy — a big difference from technology, where consumers change their products almost constantly.

That difference can make investors hesitant. Of the $300 billion spent on green energy annually, only $6 billion is from venture capital, Jacobs said. Rather than private capital, there’s a lot of government funding in the energy space, particularly at the early stages of innovation.

Arnold discussed the importance of policy. Offerings like shared savings agreements — where a private firm helps finance an energy efficiency program in exchange for a portion of the energy savings — can be highly effective, he said.

McAllister discussed how the energy grid is becoming democratized. Today, in California, local municipalities take action when they feel that a utility isn’t moving fast enough toward energy efficiency.

“We have a global supply chain mediated by state policy and the local project level,” he said.

Even though billionaires like Bill Gates are pouring money into technology to address climate change, Jacobs said that people need to be realistic about the timeline on which the world needs to change energy policy.

“Anything that’s in an MIT lab today is not going to be in the market and compelling to consumers in time to solve climate catastrophes,” he said.

Still, high-profile celebrities get people thinking about energy change. Elon Musk, for example, does a great job of simplifying the concept of a future based on clean energy, Arnold said.

“If you’re entering this field one of the most important lessons is that the accessibility and simplification of what you’re trying to do is a great step forward,” he said. “You can get stuck in the details and miss the story.

You need to have this bright, clear, simple vision. That’s something [Musk] does especially well.”

Despite the climate anxiety that some panelists admitted to having, they were optimistic that an interdisciplinary approach can help the world avoid a climate catastrophe.

“We won’t solve [the climate crisis] in the next decade by waiting for innovations,” Jacobs said. “But we can solve it by understanding, employing and taking advantage of talent and technology that we already have.”