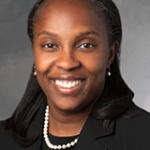 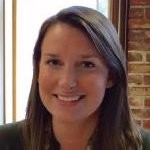 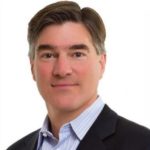 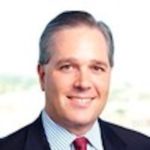 Normally, early-stage innovation takes place largely in private. But right now, the entire world is closely watching the progress toward an COVID-19 vaccine, as scientists around the world race to develop a vaccine at “warp speed.”

During the final event of the Dartmouth Entrepreneurs Forum, Dartmouth alumni who are active in developing a vaccine emphasized that they believe the process is safe and thorough, and that despite the expedited timeline, any vaccine released will be safe.

The panel discussion was moderated by Odette Harris ’91, Professor of Neurosurgery at Stanford University. The participants were Nell Beattie, '09, Tu’15, Chief Business Officer at VBI Vaccines Inc.; Tillman Gerngross, Professor of Bioengineering at the Thayer School of Engineering and Co-Founder of Adagio Therapeutics; David Mott, ’86, investor at Mott Family Capital and board member at Novavax; and Rich Lindahl, ’85, Executive Vice President and Chief Financial Officer at Emergent BioSolutions.

To start, the panel acknowledged the difficulty of creating a vaccine, from a scientific and business perspective.

“Vaccines are always difficult to develop because you’re administering them to people who aren’t yet sick, so the bar for safety tends to be very, very high,” said Mott. “Usually, the reward to risk curve is off in regards to other areas of medicine.”

Gerngross pointed out that from what we know about coronaviruses, a vaccine might not even be feasible.

“We’re pretending that this is just a matter of time and it’s going to be fine,” he said. “But the gap between what can hurt humans and the things we’ve found treatment for is vast.”

Still, all the panelists said that they would be comfortable taking the vaccines that are currently under development. Mott has already taken one as part of a clinical trial. Yet, they acknowledged the difficulties in building public trust in a vaccine and getting a high enough participation rate that the vaccine is effective at a societal level.

“If you look at the support for vaccines in the American public, it’s going nothing but down,” Gerngross said.

Beattie emphasized that having inclusive clinical trials that include women, people of color and people from lower socio-economic brackets is going to be critical to building trust in a vaccine. People want to know that the vaccine has been tested on people like them, she said. VBI Vaccines and others working on a COVID vaccine are working to test the vaccines in a group that is representative of the American population.

Mott explained that the shortened timeline for the vaccine development is because the government is allowing companies to do testing in parallel, rather than sequentially. Despite that, he believes that the same safety measures are being upheld.

“I remain quite confident that our system of oversight at the FDA will be adequate to protect the American people,” he said. “Frankly, I would say the extreme politicization of this process has raised the bar at the FDA.”

Lindahl agreed. He said that the government has been preparing for a pandemic, and that the speed with which a vaccine is being developed is the result of that preparation.

“There’s a lot of brush being cleared so that things can move as quickly as possible,” he said.

The panel agreed that the innovation race isn’t a winner-takes-all event. Getting the pandemic under control is going to require multiple vaccines, as well as innovation in therapeutics and testing.

“The key point here is we need multiple shots on goal,” Lindahl said. “It’s a complicated problem and a complicated set of solutions.”