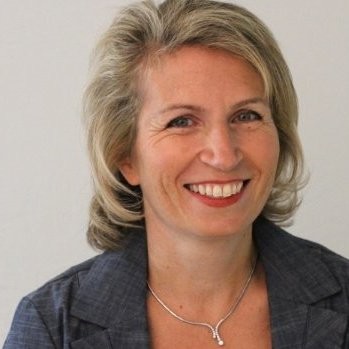 The spring Dartmouth Entrepreneurs Forum kicked off at midday on Tuesday with a fireside chat with Laura Rippy, D’89, Managing Partner at Green D Ventures, a private venture fund that allows Dartmouth alumni to invest in companies related to Dartmouth.

In a chat hosted by Kiera Klinsky, D’21, the founder of Women In Student Business at the Magnuson Center, Rippy talked about her early experiences as an intrapreneur at Microsoft, and her career as a “serial CEO.”

Asked about her favorite piece of life advice, Rippy returned to Eleanor Roosevelt’s famous quote, “No one can make you feel inferior without your consent.” That message is particularly important for women and other traditionally marginalized individuals who are in leadership positions.

“If you feel like you’re up to it, that’s half the battle,” Rippy said. “Give yourself permission to be there.”

Rippy learned early on in her career to use her differences to her advantage. As a young, female CEO of Dallas-based Handango in the early 2000s, she stood out, she says. She used that to make herself a talking point, leveraging media opportunities for her company.

“The memorability is what you can play to your advantage,” Rippy said.

At Handango, her team was very diverse, which Rippy credits for its early success.

“You’re stronger by having different perspectives coming together,” she said. Diversity in gender, race, and experiences are all criteria that she looks at when evaluating the potential of a start-up team.

After graduating from Dartmouth, Rippy joined a consulting firm, which led to her being able to work in East Berlin just as the Berlin wall was coming down. She worked with many people, mostly older men, who had no experience with capitalist markets.

“Here we were as a consulting firm, opening the door to them to how to think about business,
she said.

After that, Rippy worked at Microsoft, developing new avenues within the company. She was drawn to the company because of its reputation as being at the cutting edge of technology and business.

“I wanted to be in a place where I could learn from positive examples,” she said.

Her experience there served her well stepping into the CEO role with Handango, although there was a new level of vulnerability as the face of a company.

“There’s a fear of public failure. If you are the CEO of the company, there is no place to hide,” she said. “I was very daunted by the idea of doing that.”

However, her experience being in places where she was an anomaly as the only female helped her get over that fear.

“You fundamentally just have to jump in,” she said.

The people she worked with at Handango became instrumental throughout her career. For that reason alone, Rippy said, the experience of working at a startup is a valuable one.

“That crucible of creation bakes those other team members deep into your soul,” she said.

Now that Rippy is working in venture capital, she’s looking for the next billion-dollar ideas. For a company to stand out, it must have a huge total addressable market (TAM), as well as what Rippy refers to as moats — the intellectual property or other “special sauce” that makes a particular team or founder the right one to solve a given problem. In addition, Rippy values teams with diversity, something she often counsels early-stage startups to focus on not only because it’s the current zeitgeist, but also because it drives real results.

Asked about her best business advice, Rippy drew on an analogy from candlepin bowling, where a person uses a small ball to knock down lots of pins. To be successful at candlepin, you must calculate which pins will knock down the ones behind them. Founders should look at early decision making the same way, Rippy said.

“So many times you’re trying to figure out should I do X or Y,” she said. “But it’s not just X or Y, it’s the step after that: what is it about this particular market or feature that’s going to open the door to subsequent opportunities?”

Rippy invited members of the Dartmouth community to send her leads for early or growth-stage startups that are candidates for venture investment through Green D Ventures. She can be reached at laura@greendventures.com.

“Cast that net wide for us,” she said.

Laura Rippy, D’89, Managing Partner at Green D Ventures, kicked off the first event of the spring Dartmouth Entrepreneurs Forum, taking place this week and next.