Susan Reynolds, Co-founder of LookUp.Live, spoke with DEF attendees about the nonprofit path. 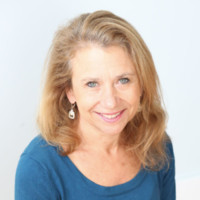 The social entrepreneurship session of the Dartmouth Entrepreneurs Forum kicked off on Thursday afternoon with a fireside chat with Susan Reynolds D‘85, Co-Founder & Board Chair at LookUp.Live. The non-profit has a mission to discover, empower, and mobilize courageous youth leaders who are speaking up and taking action to address the youth mental health crisis through digital wellbeing and ethical technologies.

Speaking with Sarah Hong, D’21, vice-chair of the Magnuson Center Student Leadership Board, Reynolds touched on having the courage to pivot, recognizing your strengths and weaknesses as a founder, and knowing when to choose a nonprofit over a for-profit venture.

With a background in education, Reynolds recognized early on the ways that technology could have a negative impact on youth. Gen Z — which currently has members between the ages of 6 and 24 — is the loneliest generation in America, according to research.

Reynolds wanted to help address the mental health crisis stemming from technology overload, but she believed that the solutions must be youth-driven. Although Gen Z is the one facing the trouble, they’re also integrated with technology in all areas of their lives in a way that is unique. Older generations, even millennials, have a hard time understanding the ways that Gen Z interacts with digital spaces.

Initially, Reynolds focused on developing an app called Mindhood. However, she continued to feel called toward a platform that would support youth-driven solutions. Increasingly, she also realized that a business venture was not how she wanted to tackle the problem. After one women’s conference where Reynolds presented to multiple angel investors, she realized that her pitch for Mindhood was not sitting well with her.

“I walked away from that and said ‘It isn’t right,’” she recalled. “It didn’t feel quite right for me. It didn’t feel like it was fueling my mission.”

At the same time, Reynolds’ relationship with one of her co-founders was breaking down.

“Co-founder relationships are oftentimes the most important aspect of success or failure,” she said.

Reynolds was as dedicated as ever to the idea of addressing the tech-related mental health crisis among young people. But she had realized that an adult-designed for-profit business was not the solution. With that, she was ready to move on.

“Fail fast and pivot,” she said.

Reynolds began working on a nonprofit idea with support from the Magnuson Center. In 2019 she launched LookUp.Live, a 501(c)3.

“What we were trying to do was not something that was really financially viable,” Reynolds said, explaining the decision to take the nonprofit course. She wanted to provide young entrepreneurs a platform to grow businesses based around their solutions, without necessarily pursuing her own business interests.

Immediately, she felt more at ease. While she was never entirely comfortable speaking to investors, talking with donors felt easy.

Launching the nonprofit during the pandemic was tricky, but it also brought the mission into focus.

“A lot of nonprofits had a really hard time with COVID, but all of a sudden the world knew what digital overload was,” Reynolds said.

When the Netflix documentary “The Social Dilemma” started streaming in the fall, it opened more discussion. Reynolds was introduced to the producers, who worked with her to build conversations around digital overload.

“It’s these little connections, or the right time at the right place, that can just expand out,” Reynolds said.

Now, LookUp runs a leadership lab and a startup grand competition that aim to empower the next generation of entrepreneurs to solve the problems that their peers are facing.

“A big part of LookUp is we discover these solutions, then amplify them,” Reynolds said.

To end the conversation, Reynolds shared advice from her mother, who recently passed away.

“She took her passions and turned them into solutions for the world,” Reynolds said. “I think that’s what social entrepreneurship is: you take a passion or a problem you want to solve, and turn it into a purpose for the world.”