Middle age can be the perfect time to pursue entrepreneurial endeavors. 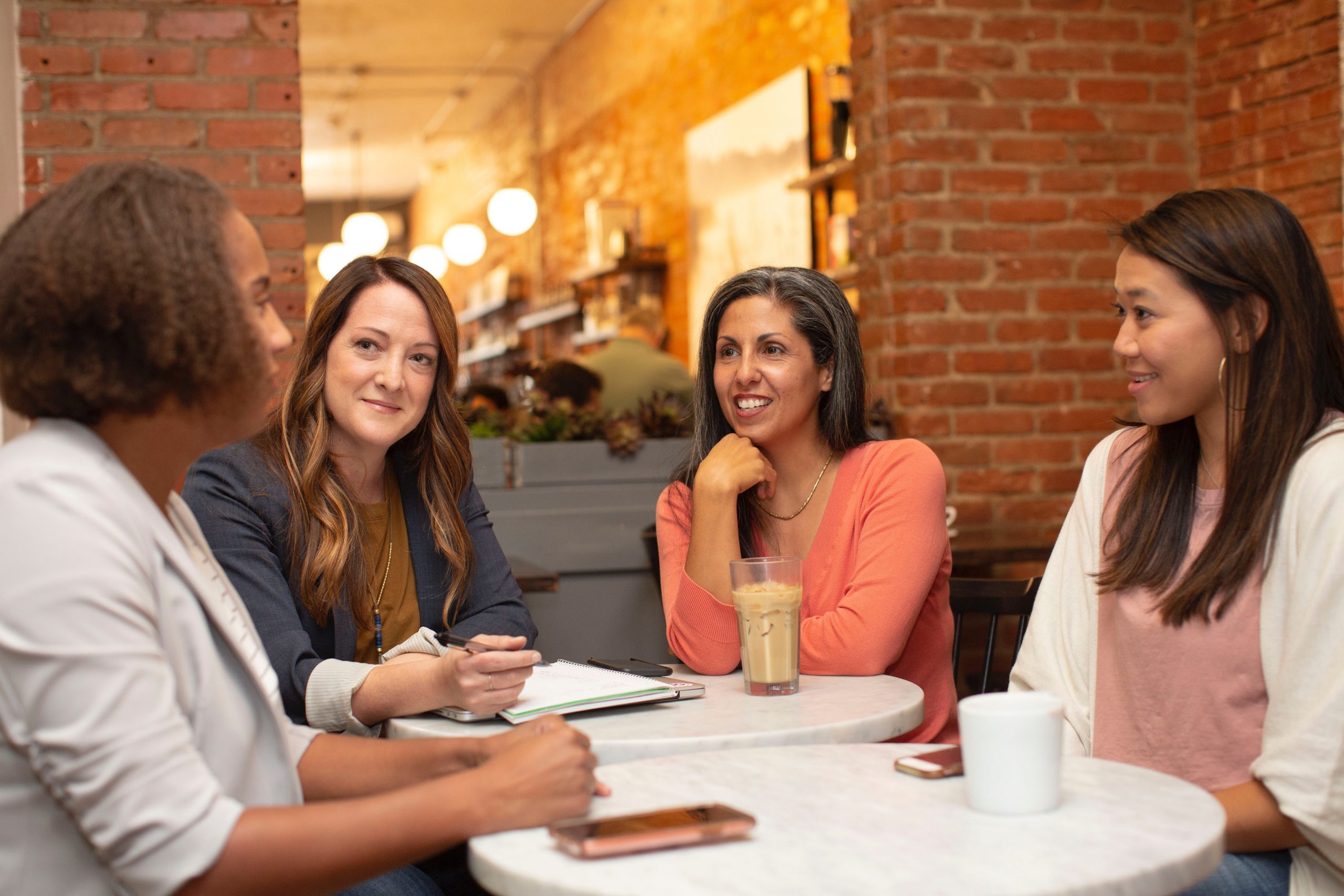 When you picture a founder, does your mind immediately go to the Silicon Valley stereotype of a young man? Many of the best-known industry disruptors fall into that category, but the truth is that the most successful entrepreneurs are often older. While young standouts are remarkable, they’re more the exception than the rule: the average age of an entrepreneur is 40, and for high-growth founders, the average age is 45.

The correlation is so strong that age can be considered a predictor of entrepreneurial success, said Melissa Ellison, G’19, founder and CEO of Better Now Health.

Ellison was speaking with five other Dartmouth alumnae during a Thursday panel discussion about second career entrepreneurship. The discussion was presented by Women of Dartmouth and The Magnuson Center.

Many of the women on the panel came to their entrepreneurial endeavors out of the desire to find a career that matched more closely with their passions. Kelly Dettmann, Tuck’91, worked for 20 years in the for-profit sector, where she eventually became the CFO at a wealth management company. In her spare time, Dettmann was very involved in charitable organizations. She founded Next Level NPO, a nonprofit consulting firm, to bridge her career with her true interests.

“My decision process was, ‘what am I going to do for the rest of my life that’s going to be really fulfilling?” Dettmann said.

For Catherine Truman, D’89, the impetus was also financial. Truman had advanced as far as she could working at an architecture firm.

“There wasn’t room for me to grow,” she said.

She also wanted to ensure that she would have a job through middle age, even if there was another recession.

“I needed to be able to map out the next 20 years: my own financial independence,” she said. “The only way to be indispensable is to be in charge of hiring and firing.”

At 46, Truman decided to start her own firm. She was terrified to speak to her boss, the owner of the firm she was at. But when she did, her boss gave her an immense amount of support, from practical advice to space to work in. That was an important lesson for Truman.

“What I learned from that experience was to ask for help,’” she said. “What was so amazing about this whole process was how much everybody wanted to help.”

Amanda Greenberg, D’07, the cofounder of Balloon, a platform to amplify voices and reduce groupthink in corporate meetings, also had to learn to put herself out there.

“Get really comfortable having people say no to you,” she told attendees. “The more no’s you get, the more likely you are to get life-changing yeses, so practice that muscle a lot.”

Caitlin Bartley, D’09, the founder of cred, a PR firm, found that she needed to project confidence, even when she didn’t feel it herself. A mentor reminded her how important this was, particularly for female entrepreneurs.

“When you say something confidently, it goes so much further,” she said. “Practice the delivery of confident speaking.”

Bartley worked in other fields before she founded cred.  She said that she was able to transpose the skills she had acquired in order to help her as a founder.

“You probably have a lot of strengths even if you’re pivoting industries,” she told attendees. “You have skills that will align.”

That was the case for Geanine Thompson, D’86, founder of The College Guru, which helps coach students and parents through the college admission process. Prior to founding The College Guru, Thompson worked as a marketing executive in the financial sector. She found that that job wasn’t so different from presenting students to colleges.

“Marketing is marketing,” she said.

Thompson slowly started building her admissions business while she was still working as an executive. Eventually, she realized she was ready to make the change and be more in control of her future career.

That harkens back to a piece of advice that Truman shared with attendees considering a second career in entrepreneurship: “Don’t wait for the perfect time, because it’s never going to come. And it’s never too late.”