Jeff Kolovson D’09 has worked at some of the most rapidly growing startups of the past decade. He sat down with Jeff Crowe D’78 to talk about what he’s learned along the way. 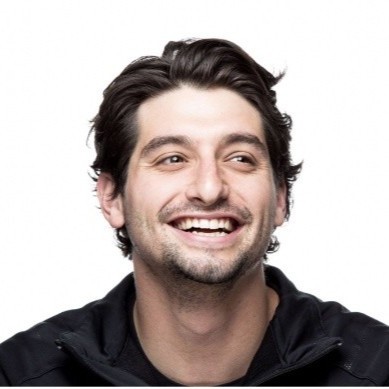 When Jeff Kolovson joined the financial services company Square back in 2011, it was still a startup. Within a decade the company would have thousands of employees and a $100 billion valuation, but at the time the team was small, and leadership wasn’t sure that they wanted Kolovson.

Kolovson had been working as a consultant at McKinsey & Company since graduating from Dartmouth in 2009, and he knew he wanted to get into a more entrepreneurial role. He had always had an interest in financial inclusion, and he saw that as the core mission at Square, which was then focused on making credit card processing more accessible to small businesses. The company presented an opportunity to join his interests in entrepreneurship and impactful financial innovation. There was just one problem…

“They unfortunately did not want to hire me,” Kolovson said during a conversation with Jeff Crowe D’78 during the Dartmouth Entrepreneurs Forum. “I had to convince them I was worth it.”

Kolovson eventually joined Square in fulfillment, helping get readers to customers. From there, he quickly rose, benefitting from the company’s rapid expansion. After four years, Kolovson was tagged to lead Caviar, Square’s food delivery service, which sold to Door Dash in 2019 for $410 million.

“When growth stage companies grow that fast, you get a lot of opportunities,” he said.

During his time at Square, Kolovson worked in many different roles. Not only did that round out his skill set, but it also allowed him to learn from those above him.

“I was able to absorb and be a sponge as much as possible around different leaders,” Kolovson said. That taught him an important lesson: great leaders provide a draw to keep talent around.

As Square continued to expand, Kolovson knew he wanted to focus on something smaller. Along with a few colleagues he left Square in 2016 to found Faire, a platform that allows retail wholesale to happen online. When he had to step away from Faire for personal reasons, he took a position with Opendoor, a platform for selling homes quickly online. Kolovson joked with his Faire cofounuders that he would come back when the company had 20 employees, but soon he realized he was serious. In 2019 he rejoined Faire to guide the company through the growth stage as chief operations officer.

Kolovson has realized that he thrives in what he calls the “sweet spot” of growth stage companies.

“I think the best time to join a company is when it’s a little bit de-risked,” he said. Companies that have 100 or so employees and a valuation of about $500 million are still small, but have great potential for growth, which Kolovson says is the ultimate draw for people who want to build their skills as entrepreneurs.

“When you’re joining startups, the only thing that matters is growth,” he said. “That’s going to be correlated with how much you can learn.”

There’s a bit of luck involved with choosing winning companies, but not as much as one might assume, Kolovson said.

People who are interested in working at these businesses should research the 10-20 companies that have made a splash in the past six months and are in that growth stage, he said. From there, you can find the companies with missions and cultures that resonate with you.

“Then, it’s a matter of networking and finding your way in,” he said – something that’s easier when you have the Dartmouth Alumni Network to reply on.

A Recipe For Success

The thing that sets the companies that Kolovson has worked for apart from less successful ventures is the ability to proactively curate a team.

“I used to roll my eyes a little bit at this,” he said. “It’s such a cliché, but I think it’s a cliché for a reason.”

The leadership at Square was always “peering around the corner,” anticipating the talent needs that were on the horizon.

“They were really, really good at saying ‘who am I going to need in this seat in 6-9 months?’” Kolovson said. “That’s what keeps you from slamming into a wall a year from now.”

Square was also extremely ambitious, Kolovson said. The leadership wasn’t satisfied with being a leader in business transactions. They were determined to develop a consumer-facing service to expand the company. Eventually that surfaced in a very successful way with Cash App, but there were lots of unsuccessful ideas along the way.

“There’s a graveyard of Square consumer products that people don’t know about,” Kolovson said. “That takes real moxie, to keep failing at something… but to be so convicted that this is what we need long-term that you keep investing in that.”

The most successful companies also have a crystal-clear vision that they’re able to market. That’s important for attracting investment, talent and users.

“You simply can’t keep scaling fast without being almost world class at that,” Kolovson said.

Today, Dartmouth graduates have the opportunity to work for a startup right after graduation, but that’s not what Kolovson would recommend. Working for a large technology or consulting company can help you develop skills in a formal way that isn’t often available at start-ups, he said.

Once your growth curve slows, however, it’s time to shift. Kolovson recommends only working for a larger company for a year or two.

“If you want to do startups don’t hang around too long,” he said. “Get out of there.”