No Social Media November (NoSo November) challenges students to cut out or vastly reduce their social media use for the month. The Magnuson Center spoke to founder Madeline Freeman about why that’s important. 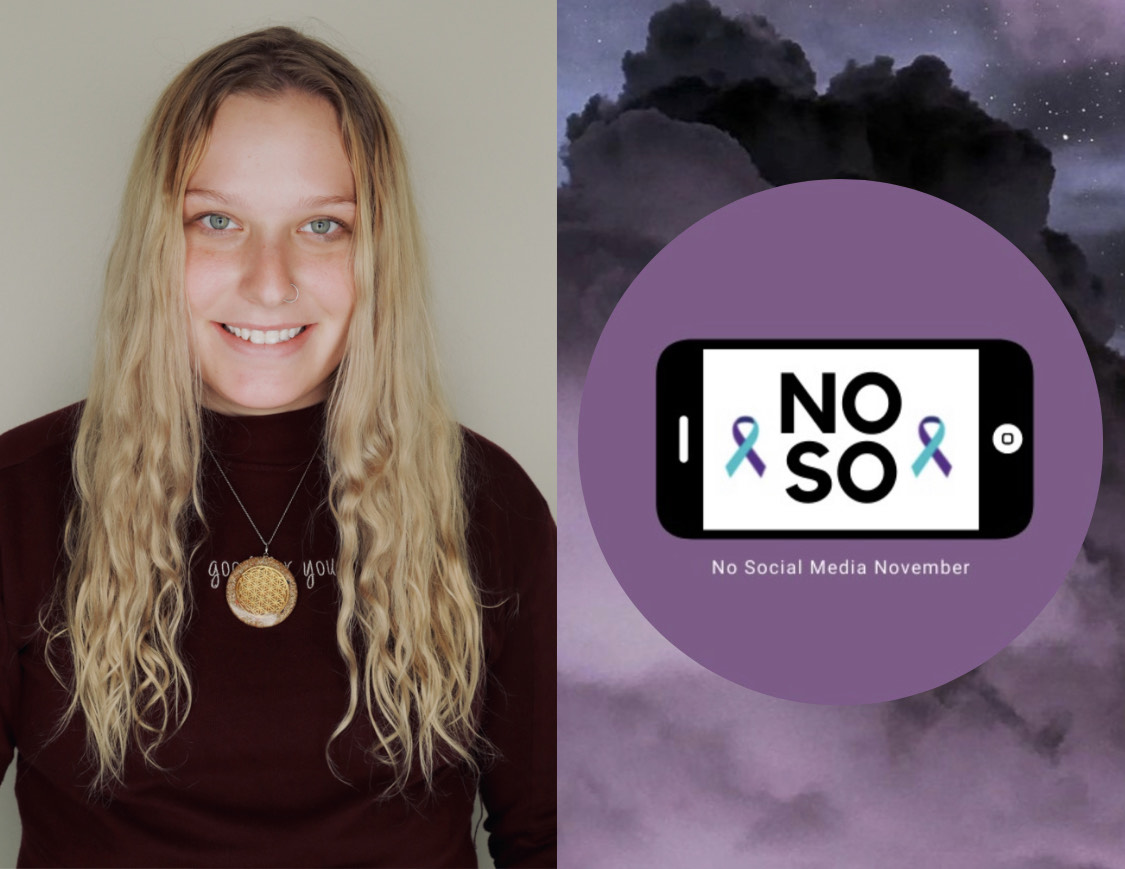 Maddie Freeman has a challenge for you: Give up social media for the month. Before you write her off, think about it, she says.

“Would it really be the end of the world to not have social media for 30 days? This month is truly life changing, and you can always re-download once the month is up, so there is no permanent decision,” Freeman says.

Freeman, 20, is full of facts about social media. Consider that most college students spend 8-10 hours on their phones each day, most of it scrolling social media. But for Freeman the most important statistic is one that’s hard to measure: the impact on mental health and wellbeing.

While Freeman was in high school she lost 10 classmates to suicide. Research indicates that teens and young adults who spend more time on social media may be at increased risk of suicide. Freeman saw a clear connection between social media and her friends’ deaths. As she learned more about social media, including watching The Social Dilemma, Freeman knew that she could make a difference by encouraging other young people to step away from their screens.

“I felt disgusted when I learned how these app developers use our psychology against us to manipulate us to spend as much time as possible on these apps,” she said in a video promoting NoSo November.

Two Approaches to Cutting Back

When Freeman brings up NoSo November she instantly gets pushback. Talented app developers have intentionally made it so that users, young people in particular, feel that it’s impossible to step off social media, even temporarily.

“Hear that pesky voice in your head saying, but.. but... but..? All these excuses — I wanna post for my birthday; I need to keep this app or else I'll be bored; I’m gonna miss out on things — are exactly what the app developers wanted you to feel,” Freeman said. “They want you to be needlessly addicted to their platform so that you never leave, and they can continue profiting off of your attention.”

Those concerns can be remedied, Freeman says. Texting or calling can keep you connected with friends; books or hikes can address boredom.

“The benefits of this detox will drastically outweigh the downfalls,” Freeman says.

Still, she knows not everyone is willing or able to go all-in. Because of that, NoSo November offers a half-in option designed to help people change their habits. Under this approach, people can still use social media, but strictly for school or work. This is less dramatic, but still effective.

“Even if you shift the way you use these apps a tiny bit, it is still going to benefit you,” Freeman says. “The further we can collectively get away from continuously scrolling, playing into hate speech, political polarization and mass addiction, the better.”

Freeman, who lives in Colorado, became connected to the Magnuson Center after winning a grant through LookUp.live’s StartUp Innovation Challenge. The non-profit was co-founded by Susan Reynolds D’85.

NoSo November fits into that mission perfectly, since it is youth led, increases student awareness of an issue, and provides a path for young people to take control of their relationship with technology, Barrett O’Brien says.

“NoSo piqued our interest because of Maddie's story and authentic interest in helping her peers understand the impact that social media can have on youth mental health, especially for those who are already struggling,” she says.

Barrett O’Brien plans to participate in NoSo this year, as does Haily Nguyen D’25, a member of the Magnuson Center’s Entrepreneurship Living Learning Community (LLC). For Nguyen, the challenge comes at the perfect time.

“November is the month of final exams and stressing,” she says. “As a freshman, I learned a lot from the transition process from high school and especially how important our mental health is. Social media is an intangible pressure on students that we are hardly aware of.”

Although she finds joy on social media sometimes, she’s going to spend the month connecting in person and exploring nature around Hanover.

“I love updating my life on Instagram for my peeps, but taking a break to focus on other goals and not caring too much about my media presence are priorities,” she says.

Freeman’s message to other students considering NoSo November is simple: give it a try.

“It can surely be daunting to commit to a month-long cleanse, but participants are always greatly surprised with how nice it feels to be distraction free, how much they don’t miss being on the platforms, and how easy it is to be logged off,” she says. “Most people actually end up drastically changing their relationships with these apps, even if they weren't planning on it when they committed.”