The Forum — held in person for the first time since the pandemic began — showcased the diversity of Dartmouth entrepreneurs. 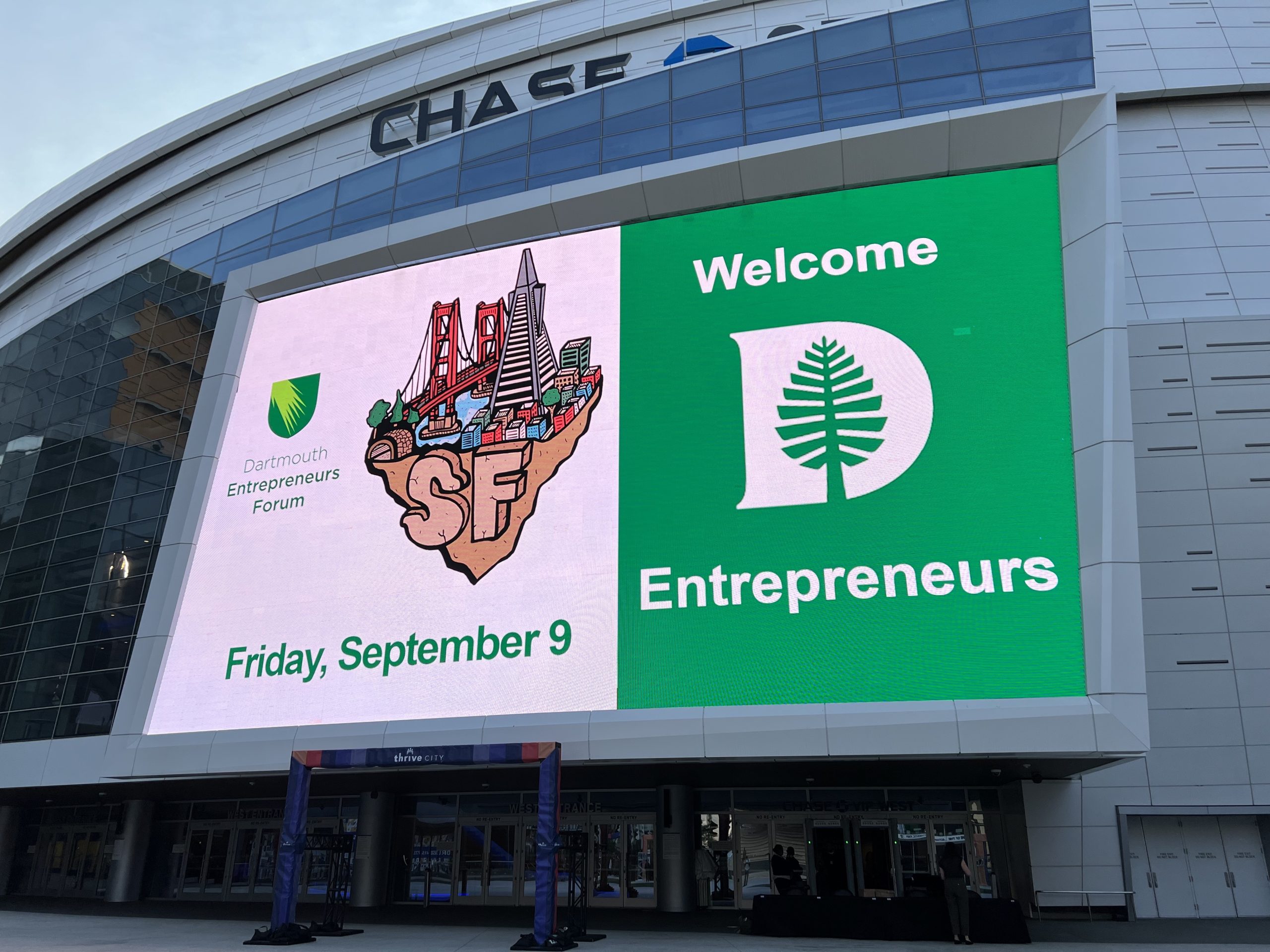 As the new Program Manager for Social Entrepreneurship at the Magnuson Center, Kathleen Burke wasn’t entirely sure what to expect from the Dartmouth Entrepreneurs Forum. But right away, she realized the significance of the event.

“It was a chance to celebrate how much work has gone into building the Magnuson Center programs and entrepreneurial culture in Dartmouth,” Burke says.

This year, the forum returned to in-person programming after being held remotely for two years. The one-day event at the Chase Center in San Francisco captured the ethos of the Magnuson Center, and underscored the value that Dartmouth places on entrepreneurship.

The event opened with a discussion with Provost David Kotz. Kotz's presence highlighted the way that the entire Dartmouth ecosystem, including Geisel School of Medicine, Tuck School of Business, Thayer School of Engineering and the undergraduate college, have coalesced around entrepreneurship.

“There are really strong relationships with the different centers of academic excellence that are so established at the college,” Burke says. “As we’re facing so many societal challenges collectively, this approach is needed.”

One of the highlights of the forum for Burke was a discussion with the founders of Cirkul: Andy Gay '14, Philip McKeating '10, Garrett Waggoner ’13. Waggoner and Gay developed their flavored water cartridges while they were student athletes at Dartmouth. Today, the company is one of the fastest-growing consumer packaged goods companies in the nation, with a $1 billion valuation.

“They were able to talk about the trials and tribulations of entrepreneurship, but also the wins,” Burke says.

Throughout the various sessions, Burke was struck by the diversity of the Dartmouth entrepreneurial community, in terms of demographics, academic expertise and work experience.

“The attendees had a common passion but different journeys,” she says. “To draw a common thread between them would be unfair to the work they’re doing.”

With sessions including “Ethical User Experiences” and “Accelerations in Health,” the forum had an eye toward the future.

"Entrepreneurship looks a lot different today than it did 10 years ago, and maybe it will continue to look different because entrepreneurial thinking is being applied in so many different contexts,” Burke says.

Much of that future hinges on students and young alums, who were actively involved with the event.

“Taking an idea all the way through to a venture doesn’t have to happen when you’re already a professional, it can happen when you’re a student,” Burke says. “There are a lot of brave students who are going into this practice of entrepreneurship. More and more it’s becoming a career path. At the Magnuson Center we need to support that.”

As someone new to the center, Burke was struck both by the services that are available, and the ways in which they could be expanded to help Dartmouth entrepreneurs address pressing social problems.

“Grand challenges need complex approaches to solve them. We need more people and more minds that are dedicated to thinking about those,” she says. “I’m looking forward to building out programming that can highlight, support, and serve the community of Dartmouth entrepreneurs working on social problems that in this day and age are so abundant and varied."