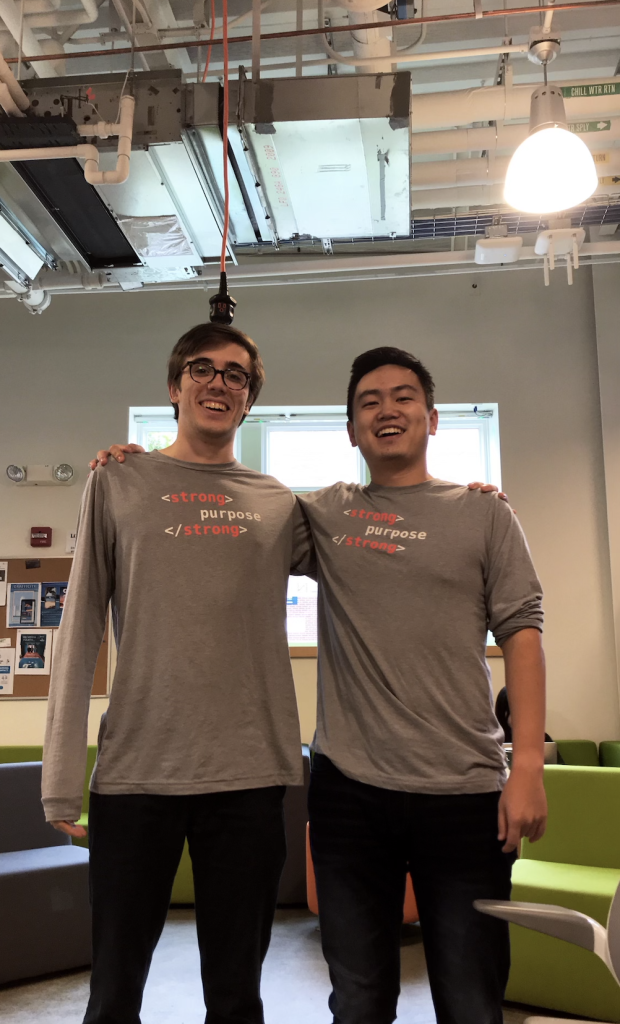 When Alex Danilowicz and Teddy Ni first started working together along with a team of Dartmouth undergraduates in CS 52, they had no idea that their class project would change their lives years later. But now that project, recently revived, has opened the door for them to participate in Y Combinator, one of the most well-known start-up accelerators.

“This project was born out of the Dartmouth community,” Ni says. “We had a lot of support and belief from resources like the Magnuson Center, DALI Lab, and Professor Tim Tregubov, that have motivated us to continue working on this. If it weren’t for those we wouldn’t have been pushed to continue our vision.”

The class project led to a desktop app called Left on Read. The app allows users to track their text messaging, seeing their most-used words and emojis, comparable to the Spotify wrap that summarizes users’ listening habits.

Left on Read had relatable origins: the idea emerged one night after Danilowicz and Ni were debating who texted their girlfriend more. They realized that a log of text messages existed on their computer, and they were able to analyze the data and provide an answer once and for all.

“There’s no doubt in my mind,” Danilowicz says. “It was definitely Teddy!”

After building the app with their classmates, the duo posted it on Reddit. During a lunch with Professor Tregubov they watched as the app had more and more upvotes, eventually going viral on the platform. To date, more than 14,000 people have downloaded the app, and about 3,000 have used it to analyze their messages.

After graduation, both Danilowicz and Ni took jobs with big tech companies. They then worked together at Canopy, an investment app founded by John Ling D'17 that also went through Y Combinator.

“We’ve always been interested in startups,” Danilowicz says. “After learning a ton at Canopy, we decided we wanted to walk the talk and start our own thing.”

They returned to Left on Read last summer, monetizing it. Seeing the first dollars roll in as people paid $2.99 a month for premium features was thrilling, Ni says. They demonstrated enough to bolster their confidence in applying to Y Combinator.

However, when they were accepted, organizers confirmed what Danilowicz and Ni already felt: that Left on Read was an entertainment app, without any clear path to more widespread use. They decided that they would focus on another endeavor during the accelerator, although they’re not quite sure what that will be yet.

Now that they’ve taken Left on Read as far as it will go, Danilowicz and Ni are appreciative of everything they’ve learned along the way. In Silicon Valley, people often talk about the challenge in building from 0 to 1 — creating something from scratch. Left on Read showed Danilowicz and Ni that process, and confirmed that they could reach people with their innovations, even if those simply focused on entertainment.

“There’s nothing else like bringing a new thing into the world,” Ni says.

While their future entrepreneurial efforts likely won’t involve Left On Read, they’ll be drawing on what they learned from the endeavor.

“I’m so thankful to Left On Read as the company that Teddy and I were able to use to jump into the startup world,” Danilowicz says.