The Journey of Black Entrepreneurs and Investors

"Let's Take This From A Moment, To A Movement"

Achieving lasting social change will require work from the inside and a reexamining of the systems of investment. 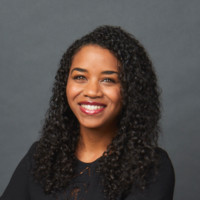 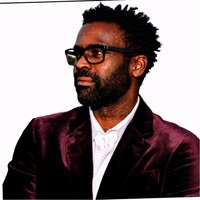 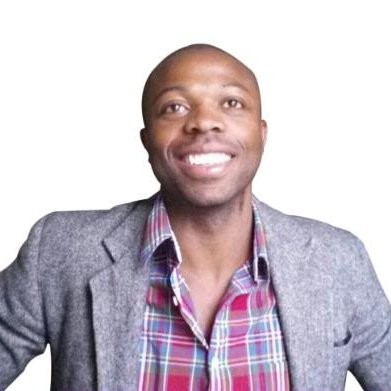 The entrepreneurial community needs to come together to ensure that the current interest  in Black entrepreneurs and social justice is transformed from a moment, to a movement. That was the takeaway from a Wednesday afternoon Dartmouth Entrepreneurs Forum panel entitled “The Journey of Black Entrepreneurs and Investors.”

The panel was hosted by Alex Bernadotte, ’92, founders and CEO of Beyond 12. She spoke with Elise Smith, ’13, Co-Founder and CEO at Praxis Labs; Erik Moore, '89, Managing Director at Base Ventures; Kimmy Paluch, ’04, Managing Partner at Beta Boom; and Jude Chiy, ’10, founder of Flamingo.

The panelists all talked about their experiences living as Black Americans. Chiy, who was born in Cameroon, and Paluch, who grew up in Jamaica, both shared that they never felt othered until they came to the United States, and had to learn and navigate race relations in this country.

Chiy’s transition to entrepreneurship was prompted at least in part by the fact that he didn’t see himself represented in the companies he was working for. That made him feel as if he would never be able to advance, so he broke out on his own. When he was turned down for opportunities, he had to question whether that was a reflection on his idea, or if there were more sinister issues at play.

“If it gets turned down, I’d think, did I get turned down because my idea isn’t legitimate, or because of my race?” he said.

Smith had similar experiences, and emphasized that succeeding as an entrepreneur is difficult, even for someone who has attended an elite school like Dartmouth.

“There are so many layers stacked against you, and I’m part of these elite, miniscule networks,” she said.  “For those who aren’t, it seems almost impossible. Quite frankly, it’s hard even when you’re within the networks.”

She felt that when she was meeting with investors, she was held to a higher standard and asked more questions than entrepreneurs who were not Black women. An entrepreneurial endeavor that addresses issues within communities of color might not be understood or validated if the prospective investors are all white, she added.

Moore and Paluch, who both work in venture capital, pointed out the inequities on the other side of the table. Only 1% of venture capital investment goes to Black investors, Paluch said, and 80% of VC firms do not have a person of color making decisions about investments.

“Let’s work on that simple but mammoth problem that exists,” Moore said.

When Moore first started working in venture capital, no one was talking about implicit biases or the issues with pattern matching, in which investors look for projects and founders who are similar to those they have worked with before. With the vast majority of capital going to white males, that can perpetuate biases.
Now, he’s starting to see more people have those conversations. He’d like to see more investors recognize that just getting in the room with them is a major feat for many people of color.

“There’s something to be said about the grit that folks like us have to make it to the point that we’ve made it to,” he said.

Paluch said that investors need to be clear and honest about their biases.

“Pattern recognition is one thing, but racial profiling is another thing. Those two things need to be separated,” she said.

Investment firms could take actionable steps like eliminating the need for a warm introduction, she said.

“Start by looking at how you are sourcing your deals, and where you are getting people from,” she said.

Firms should also look at who is making decisions about investments.

“Lets understand that the system is broken, let’s say, ‘ok, there’s a reason this person didn’t get to committee,’” she said.

Host Bernadotte picked up on that, and pushed back. In order to achieve lasting change, and kickstart a true movement, the world needs to rethink racist systems, within the entrepreneurial community and beyond.

“Systems achieve the outcomes they are designed to achieve,” she said. “These systems are not broken, they are inequitable by design.”

Moore spoke about bringing his 15-year-old daughter to protest the murder of George Floyd in the same place that he protested the beating of Rodney King nearly 30 years before. In that moment, he reminded her that the push for social justice has been happening for a long time. Still, he’s cautiously optimistic that this time could be different, as some white Americans and big corporations put their money and clout behind efforts to address racism.

On that note, he called on attendees at the panel to take action.

“If you’re going to be on a panel and it’s all white, say something about it,” he said. “If you go to a conference and there are no Black speakers, walk out, leave, tell them why you’re leaving.”

Taking a stand to point out inequities in professional organizations can have consequences, but white people need to take on some of that work.

“You have the power to say something,” Moore said. “It has to come from the players within.”