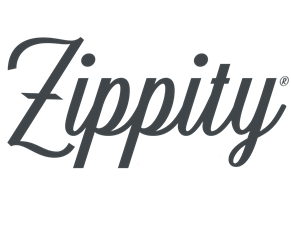 Think about the last time you needed to get your car serviced. You probably had to take time off work. You likely sat in the mechanic shop killing time, or scrambled to get a loaner car while yours was being worked on. The entire system is inefficient and inconvenient.

Now, imagine an alternative where the mechanic comes directly to your workplace, offering routine maintenance and detailing without disrupting your day. That’s the idea behind Zippity, a startup launched by Tuck alumnus Ed Warren (’17).

Zippity recently finished its second round of seed funding and has raised about $8 million to date. Its repair services are operating throughout New England and in Dallas, through partnerships with major employers who allow Zippy to set up in their parking lots and alert employees about the convenient car service.

Yet when Warren, 33, first came to Dartmouth in 2015, he had only a vague idea for a business and the desire to become an entrepreneur.

“Car maintenance was outdated and inconvenient, and that seemed like something worth exploring,” said Warren, who grew up in West Lebanon, New Hampshire before getting his bachelor’s degree at Tufts University.

Once Warren arrived in Hanover, The Magnuson Center for Entrepreneurship helped him refine his idea and develop a plan for how to bring it to market in a profitable way. At an event co-sponsored by The Magnuson Center and Tuck, Warren met Russ Walker (Tuck ’17), who became his cofounder. Although Walker has since moved on from Zippity, his partnership was extremely valuable.

“It’s always better to have a partner in the foxhole with you rather than going at it solo,” Warren said.

The coursework at Tuck and the programing and guidance offered by The Magnuson Center gave Warren the structure to develop Zippity in a systematic and efficient manner. Warren, who served as an intercontinental ballistic missile officer with the U.S. Air Force before coming to Tuck, appreciated having an infrastructure to work within.

“What The Magnuson Center did really well was teach me how to bring structure to the unstructured world of entrepreneurship,” he said.

Rather than taking that haphazard approach to development, Warren learned to systematically test hypotheses, evaluate feedback and move forward with purpose. With guidance from the Magnuson Center, Warren and Walker gave themselves deadlines for decision making, which helped propel them forward.

“Really smart decision making in the entrepreneurial space comes from being able to close doors on things that aren’t working,” Warren said. “In a startup, where you don’t know how things are going to turn out, it can be tempting to throw things at the wall to see what sticks. That’s quick, but can be inefficient. You don’t take away solid lessons.”

Instead, “You have to hold yourself accountable to identifying what is and is not working. That forces your hand into making decisions quickly so you can start working on things that are showing results.”

With this in mind, Warren explored different iterations of Zippity. He conducted surveys and long-form interviews to really dig into the customer pain points around car maintenance. The main complaint was about the time and inconvenience of getting cars to the shop. Warren then needed to figure out how to make on-demand car servicing profitable. Partnering with employers and servicing multiple vehicles at one site lowered costs for Zippity, while still addressing the issue of convenience that was driving customer interest.

Exploring these issues in coursework and mentorship before coming to market gave Zippity a more streamlined launch.

In addition to providing structure, The Magnuson Center provided Zippity with validation and financial support early on. During Warren’s first year at Tuck, Zippity received a small grant worth $1,000.

“It was just enough to get started,” Warren said.

Zippity went on to win multiple grants from The Magnuson Center, including a Founder Grant. The money was nice, but the recognition was equally important.

“The Magnuson Center had these smaller grants early on that were really helpful milestones for validating the idea,” Warren said.

Through The Magnuson Center, Warren was able to tap into local entrepreneurial networks that helped him connect with early angel funding. What started as local Upper Valley connections expanded to include Boston-based angel investors and eventually a relationship with the Boston venture capital firm Schooner Capital, which helped Zippity raise $3 million in September.

“The Dartmouth angel community was critical in the whole startup experience in a really integrated way,” Warren said. “If that infrastructure hadn’t been there, Zippity would not be here.”